Skip the Trailer: Should You Build Your Tiny House on Skids? 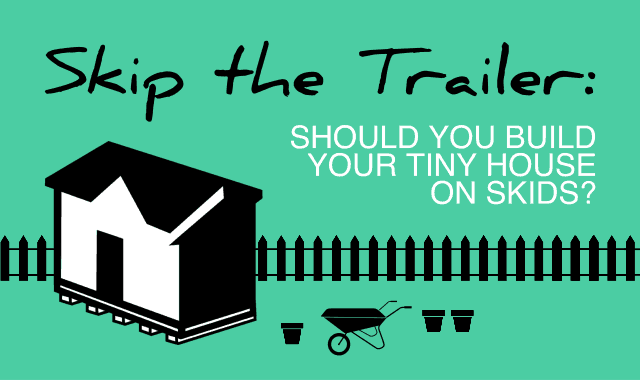 Most people also know about tiny houses built on foundations. For those who own land, want to go “small” rather than “tiny,” and can get permission to build, there's no need to build on a trailer. Building their home on the ground, like a regular house, makes much more sense.

But not many people know about the third option. There is such a thing as a portable tiny house that's not built on a trailer – the tiny house on skids.

By building your tiny house on a temporary foundation, you can skip the trailer while still leaving yourself the option of moving your home if you decide to pack up and move across the country.

These tiny houses are built on temporary structures – often beams or rails – just like mobile homes. They're slid into position, where they stay until they need to be moved. When the time comes to move them, they're loaded onto a large truck or trailer and transported for you.

So, should you build your tiny house on skids? 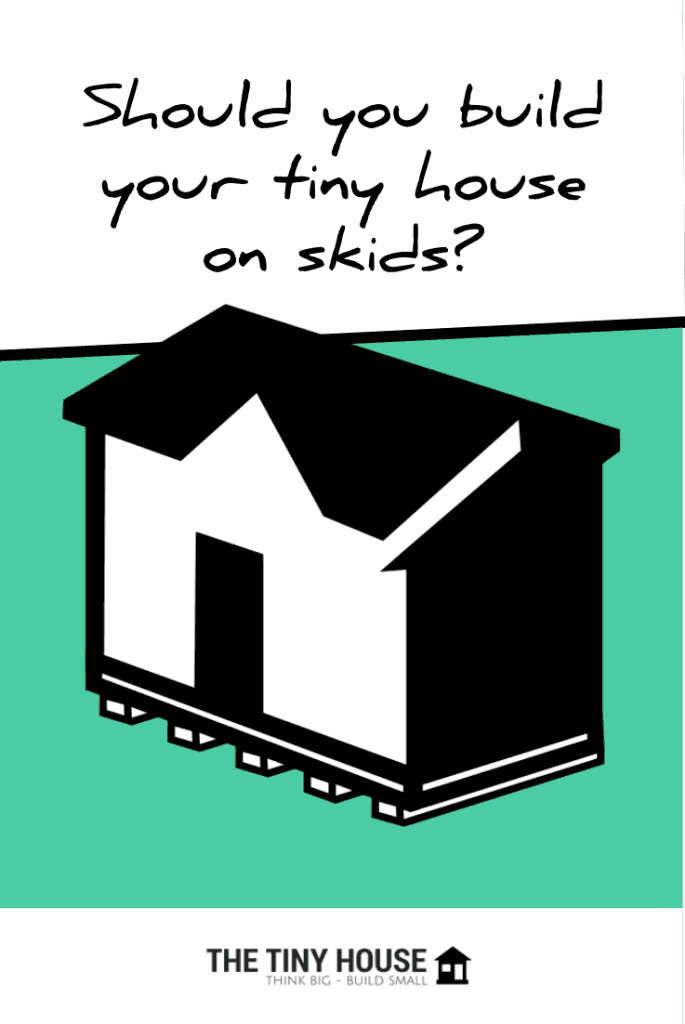 Pros of Building a Tiny House on Skids

There are several advantages to building a tiny house on skids.

A tiny house on skids may therefore be a sensible option for anyone who's young and who wants to own their own home but who doesn't want to commit to living in a particular area.

It may get around building requirements

Tiny houses on skids are usually classed as temporary structures. Depending on where you live, this may mean you'll be able to get around the building requirements that say houses have to be so big.

The flip side of this is that it may be illegal to live in your tiny house long term, because it's not a permanent home. This is the same as for tiny houses on wheels.

Whereas a tiny house on wheels is clearly mobile, a tiny house on skids looks more like a permanent house. It may therefore attract less attention. This could be an advantage if you haven't informed the authorities about your house.

When you build a tiny house on wheels, you have to insulate the floor well, because the air flowing underneath it tends to cool down your house. If you're able to put your tiny house on something, perhaps gravel or decking, it may help to insulate your house slightly.

Considerations When Building a Tiny House on Skids

Of course, when it comes to building a tiny house, where there's a pro, there's also a con. This game is all about trade-offs, so there are several things you'll need to consider before deciding to build a tiny house on skids.

Is the ground suitable?

How will you get heat, water, etc.?

While you might have access to hookups in your tiny house's first location, you can't guarantee that any future parking spaces will be connected to the grid. You might therefore want to ensure your tiny house on skids can go off grid, by including a water tank, for example.

How will you move it?

It's worth researching ahead of time how much it will cost to move a structure like this. You'll probably need to pay someone to move it for you using a special truck or trailer.

You'll also want to bear transportation in mind when deciding how big your tiny house should be. If it's too wide, for example, you might require a special permit to move it.

It's probably best to get in touch with companies who offer this kind of service before you start building. Know what your options are, how much they're likely to cost you, how easy they are to arrange, and what the requirements are.

How will you insulate it?

The chances are that there will be space between your tiny house and the ground, where cold air will be able to get into your tiny house and make the floor cold. You'll therefore want to swot up on insulation and subfloors before you start to build. Tiny House Decisions can help you with this.

Examples of Tiny Houses on Skids

I haven't come across many tiny houses built on skids. I'd love to hear from you if you know of any others in the comments section below! 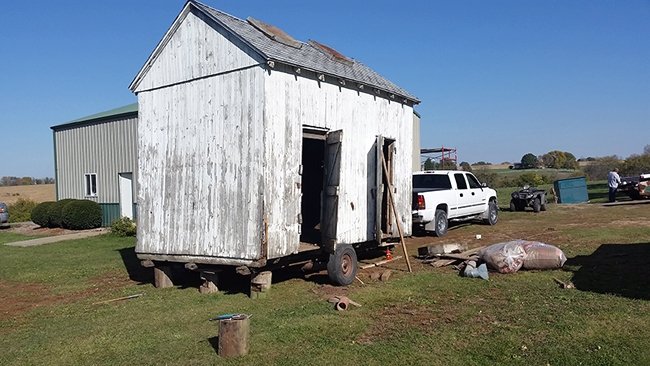 They took just ten weeks and spent less than $500 to build the house. They put it on skids on Van Kooten's parents' land to make sure it complied with zoning and insurance regulations. 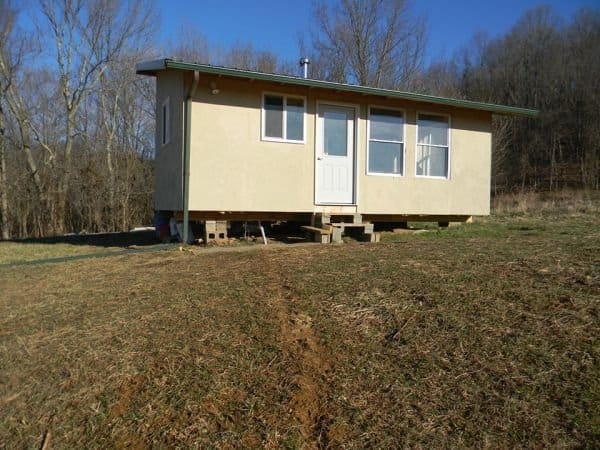 The Pod is a 288-square-foot tiny house on skids that was built by Yahini Homes. It was designed as a starter home that can be moved on a trailer and then added to later, when the owners have purchased some land. 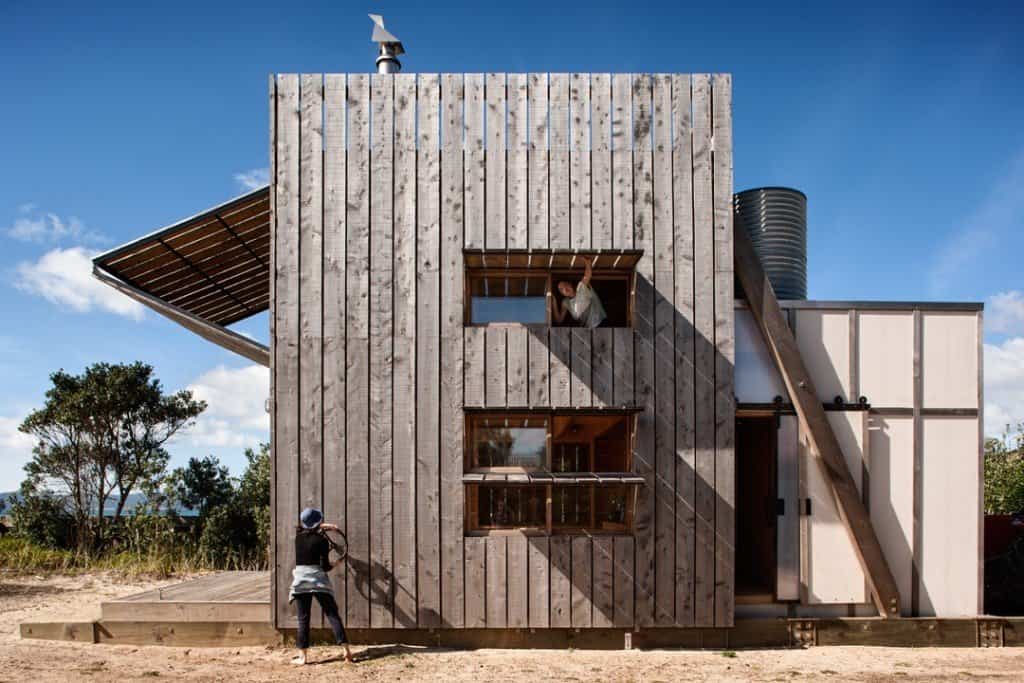 This sled house is a tiny house positioned near a beach in New Zealand. Every new house built in this area of the country must be portable or temporary because of erosion. This house therefore sits on two wooden sleds, which allow it to be moved along the coast.

Tiny Houses on Skids are a Great Alternative

Tiny houses on skids are a good alternative to tiny houses on wheels and foundations. They give you the benefits of building a house without a trailer as well as the flexibility of not being tied to any particular piece of land.

If you don't own your own land or plan to stay in one place forever, a tiny house on skids could be the perfect solution for you.

Do you think a tiny house on skids could be right for you? Why or why not? 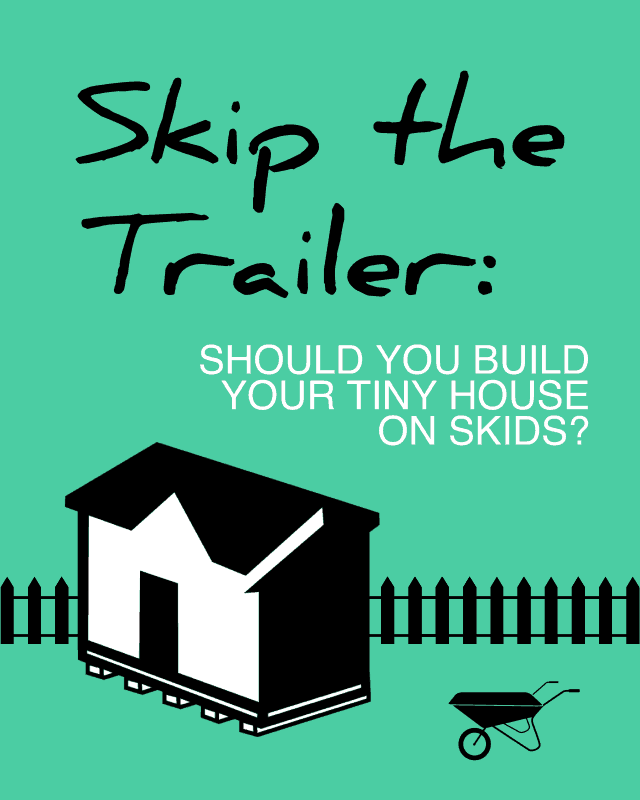