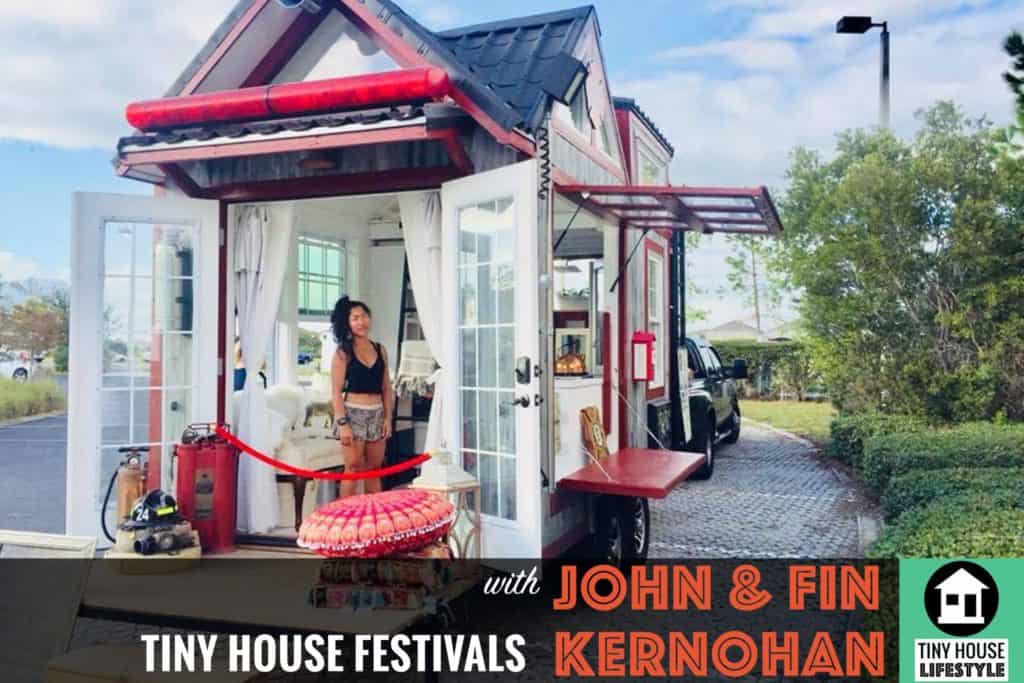 Meet John and Fin Kernohan. They met in London and fell in love while renting a canal boat (essentially a floating tiny house). After pairing down her extensive shoe collection, John and Fin decided to move to the US and live in a 300 square foot tiny shed conversion that they completed themselves.

The story could end there, but John and Fin were just getting started. After seeing the need for some kind of event where people could come and see tiny houses, they planned the Georgia Tiny House festival.  They expected about 200 people to show up. 5,000 people came, along with a school bus, a van conversion, 17 tiny houses, and a yurt.

In this interview, we’ll peek inside the minds of John and Fin Kernohan and hear about the mindset that helped this power couple achieve so many successful events in such a short amount of time. Plus, we'll learn about what the future has in store for tiny house festivals across America and the globe.