In this episode, Jenn Baxter shares some of her techniques to help you start decluttering and downsizing, and tells the “buyer beware” story of her tiny house.

Jenn Baxter is an accomplished author, speaker and blogger based in Charlotte, North Carolina. In 2015, Jenn launched her website, Live a F.A.S.T. Life, based on her own experiences with clean living and downsizing into a 160-square- foot tiny house. Jenn also has a “buyer beware” story to share about her house, so if you’re thinking about hiring a builder, definitely pay attention! 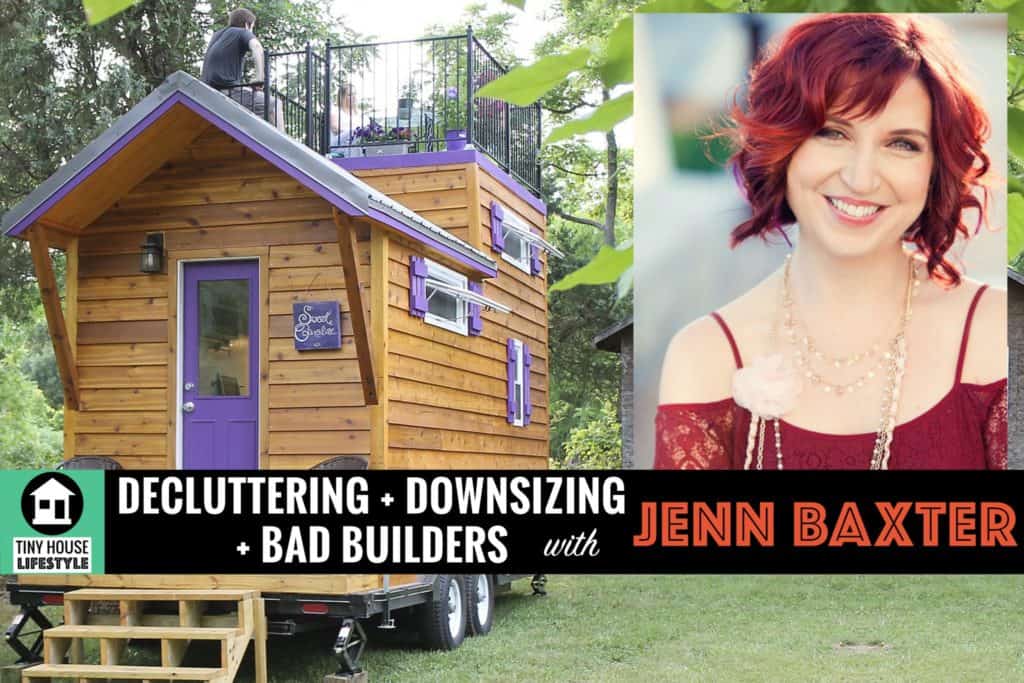 With a budget of just $30,000 Jenn found a builder for the tiny house of her dreams. The entire process was filmed for the HGTV show Tiny House Big Living (Link: Jen Baxter’s Decked Out Tiny House). However, once Jenn moved in it quickly became obvious that not all was well. First cabinet doors fell off, then she discovered that the house had several major leaks every time it rained. It became clear that her builder did not know what they were doing, and Jenn presented them with a choice: Fix everything or take the house and give her money back. Thankfully, they chose the latter, but that left Jenn without a tiny house to call home.

Since then, Jenn has been living as a full time nomad. She travels full time and is in the process of plannin her next tiny house on wheels. But not without becoming an author and educator and traveling the tiny house festival circuit first.

In this episode you’ll hear:

Links from this Episode: