How Do You Downsize to Live in a Tiny House?

One concern I hear from many would-be tiny house owners is that they're not sure they'll be able to downsize to live in a tiny house. They like the idea of cutting down their possessions and living tiny, but they don't know if they'd actually be able to do it.

There are two issues to address here. First, you need to work out whether or not minimalism is for you. And if it turns out that it is, and you want to live in a tiny house, you need to figure out the best way for you to downsize. We'll look at both of these issues in this article.

These days, everyone wants to be a minimalist. It's the fashionable thing to be.

But it's also a sensible thing to be. Apparently, the average US household has a whopping 300,000 possessions. Can you imagine how much money must go into acquiring and maintaining all of those items? And how about time? According to one study, we spend a total of 153 days of our lives searching for misplaced belongings.

Wouldn't our time and money be better spent on intangibles – family time, travel, and health – than on clothes, gadgets, and whatever else you're storing in your loft?

Most people, I think, would answer “yes” to this question. When you've got a limited amount of time on this earth, it makes sense to focus your energy on the things that will bring you the most happiness. And spending quality time with loved ones and making special memories are usually right up there on the happy-o-meter.

But even if most people would agree that, in theory, minimalism makes sense, there's still the practical side to contend with.

To be a minimalist, in today's society at least, you have to be willing to be something of a non-conformist. You have to be OK with other people finding your life choices odd and judging you for them.

To be a minimalist, you have to genuinely not need much to live comfortably. It's best if you're someone with a hobby like graphic design or podcasting than building model airplanes or playing the piano. For some people with certain healths issue or disabilities, becoming a minimalist is never going to be possible, because of their physical needs. 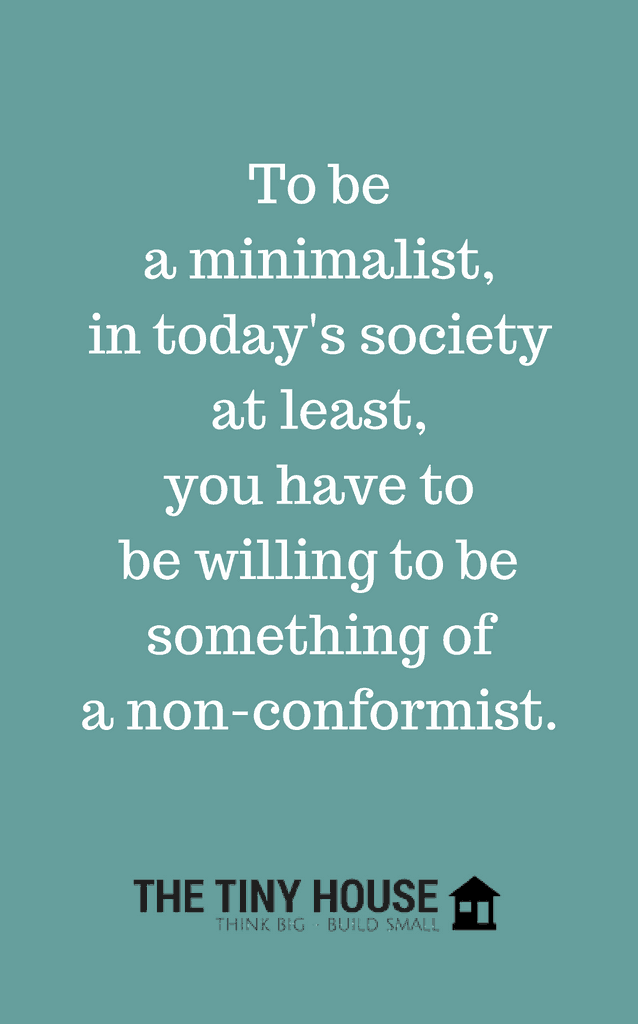 How to Work out Whether or Not You Could Downsize

So how do you work out if you fall into the could-be-a-minimalist camp or the would-like-to-be-but-couldn't-actually-do-it camp? I think the only way to really know is by trying to do it.

As you'll find out as you read on, many tiny houses owners gradually cut down on the number of items they own. First they move from a large four-bed house to a cozy two-bed. A few years after that, they switch to a one-bed apartment. Then comes the tiny house.

Try to cut down not enough to move into a tiny house, but enough to downsize to whatever the next level down from your starting point is. If you can manage that, try the next level, and so on.

Alternatively, put all your belongings into storage or rent out your house and try living, even if only temporarily, in a smaller building or vehicle. Actually spend a night in a tiny house to see how it feels. Try going a month with only a handful of items of clothing.

Don't just dream about being a minimalist; try being one. If it makes you miserable, maybe it's not for you. If you manage to adjust to it, or if you love your new lifestyle straight off the bat, keep reading.

How to Downsize to Live in a Tiny House

Once you've made the decision to downsize to live in a tiny house, there are many ways you can go about doing this. Here are some ideas to get you started.

1. Move into smaller homes, cutting down each time

We've already covered this. Gradually reduce the size of your home, cutting down on the number of items you own each time. Stuff expands to fill the space you have available, so going smaller will prevent you from accidentally accumulating more.

If you've ever heard of The Minimalists, you've probably heard of the concept of the packing party. This is where you pack up all your belongings (perhaps with some friends, food, and drink to help you!) as if you're moving house, and then only unpack the items you need over the next few weeks.

The idea is, of course, that you'll only need a fraction of the items you've packed, and that everything that doesn't get unpacked must go.

For more on this idea, read this article by The Minimalists.

If you're desperate to downsize but you're dreading the thought of spending a whole weekend combing through your belongings, take things one piece at a time. Each day, get rid of just one item.

You can start with easier items, like a pen that no longer works or a bag you never use. Once you get into the swing of things, then you can tackle objects with sentimental value or ones that you'll need to sell or recycle.

4. Start with one room

If you'd prefer, you could downsize one room at a time. This way it'll be easier to see the impact your decluttering is having, as it'll be concentrated in one area. If a room is too much of a challenge, start with one cupboard or one drawer.

5. Use the KonMari Method

You may have heard of the KonMari Method. This basically involves going through your possessions by category. For example you might tackle books first and then clothes. Start by dumping all your books, let's say, on the floor, and go through them one-by-one. Once you've handled those, you can move onto another category.

For more information about this approach, read The Life-Changing Magic of Tidying Up: The Japanese Art of Decluttering and Organizing.

6. Start with the items you're excited to get rid of

Don't start with the belongings that have sentimental value for you; those will be the hardest to let go of. Instead, start with the items you're itching to lose – that painting you hate, the chipped mug, or the book you know you'll never read.

It's no good getting rid of things one moment if you're buying more the next. You need to stop the influx.

There are lots of ways to go about this. You could give yourself a budget. You could ask, “will there be room for this in my tiny house?” before you buy anything. You could refuse freebies like promotional pens and magazines.

Find what works for you. How do you do that? By getting started. Pick an approach, see how it goes and, if it's not working out, pivot.

How Have Other Tiny House Owners Downsized?

It's all well and good hearing abstract ideas about how you might cut the clutter, but I bet you'd be much more inspired if you heard how real tiny house owners downsize to live in a tiny house. Let's hear it from those who have gone before you! 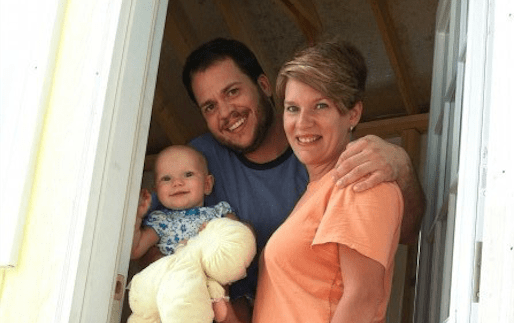 Before he went tiny, Andrew Odom of Tiny r(E)volution had a 36″ flatscreen TV, over 3,000 CDs, over 1,000 DVDs, and almost 100 pairs of Nike sneakers. He was nowhere near being a minimalist!

Downsizing took him about a year. He sold his CDs and DVDs, copying some to a hard drive and switching to streaming TV online instead. He gave his sneakers to Soles4Souls. He donated his TV.

The thing he found really helpful during this process, was something called Project 333. Project 333 is a minimalist fashion challenge created by Courtney Carver of Be More With Less.

Adam agreed to the challenge of dressing with 33 items of clothing or less for three months. During that time, he was able to really cut down his wardrobe. He also invested in items of clothing that would last a long time and match his other clothes. 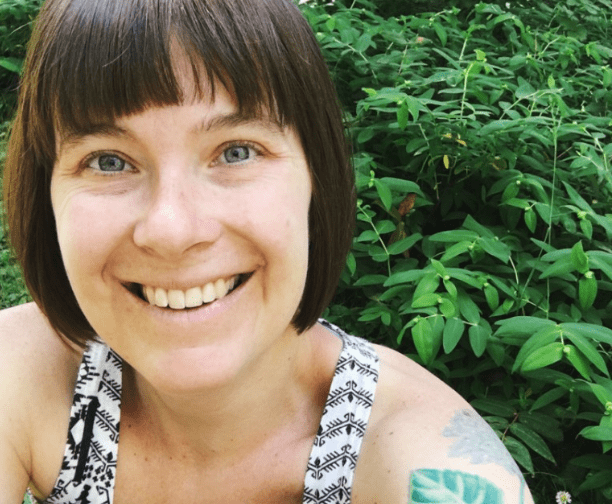 Before she went tiny, Tammy Strobel of Rowdy Kittens cared more about having room for guests to stay than about her and her husband's financial situation. But the couple did eventually decide to downsize because their debt was causing them so much stress.

They made the change by clarifying their priorities and needs, as opposed to their wants. They sold a car and moved from a two-bedroom apartment to a one-bedroom one, which was near to the train station and grocery stores. Once they got used to that, they downsized again, to a 400-square-foot apartment.

Later on, Tammy also completed the 100 Thing Challenge. She managed to cut down to just 72 personal belongings! 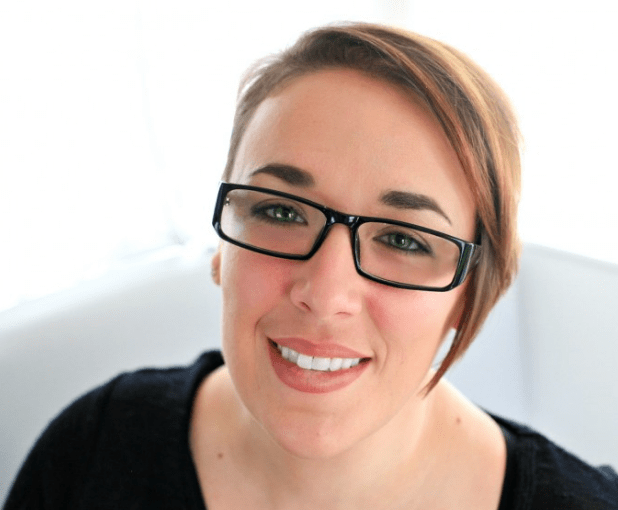 Photo courtesy of Meseidy | The Noshery

Meseidy downsized by working out her “must haves” and “can live withouts.” She recommends making lists of the items you feel you must have, the ones you could do without, and the ones you could replace, perhaps with a smaller version.

Then she suggests selling as much of the stuff on your “could do without” and “could replace” lists as you can, using an estate sale, Craigslist, or Wallapop. She stresses that it's OK to have a storage unit if you really need one. Just make sure you apply the same decluttering rules to it as you do to your tiny house!

To find out more about Meseidy's approach, read her Tips for Downsizing to a Tiny House.

What Do You Need to Live in a Tiny House?

As you downsize to live in a tiny house, you might find yourself wondering what you're actually going to need once you move in. You might wonder how many items you're going to end up with and whether or not they'll all fit.

Of course, what you'll need depends on you, your priorities, and your lifestyle, but some items are clearly going to be more necessary than others. You're more likely to need a microwave than a box of Halloween outfits, for example.

It might be useful then, to know exactly what another tiny house owner kept in his tiny house. Luckily, Rob Greenfield has made two lists that might be able to give you a bit more of an insight into just how much you need to go tiny.

While it's likely that Rob cut down a lot more than you'll need to, these lists should give you an idea of what is essential and what you might be able to go without.

How Will You Downsize to Live in a Tiny House?

As you can see, there are many ways to go about downsizing to live in a tiny house. There's no right or wrong way to do this. It's just a case of jumping in and pivoting if your approach isn't working. It will take time and it will probably be somewhat of a struggle, but it is possible.

There are loads and loads of resources out there that can help you downsize, both inside and outside of the tiny house world. I'd encourage you to have a little look around to find the approach that appeals most to you, and then get stuck in. Don't get stuck in research mode!

With that said, here are a handful of additional resources to kickstart your downsizing: 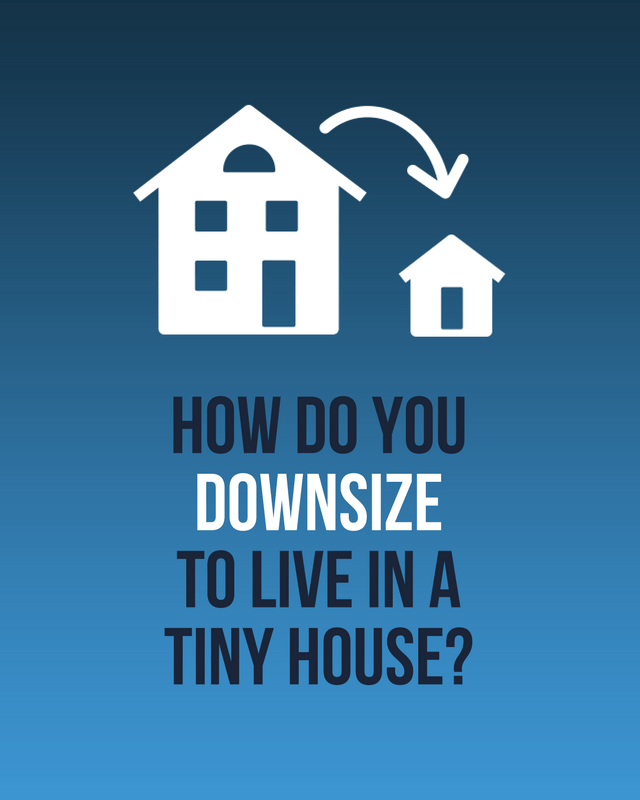